Truth of a Lie

It tries to be a thriller, it tries to build suspense, it tries to pump up the adrenaline, it tries to surprise you, it tries to introduce you to a problem and it fails miserably on all the accounts. Aditya Datt's Table No. 21 is a film that wants to make a point and does eventually make it, but by the time it does, you would have already lost interest.

Critically acclaimed for his performance in Aamir and applauded for his role in Shaitaan; Rajeev Khandelwal stars opposite model-actor Tena Desae as a mediocre couple, Vivaan and Siya, who win a lucky trip to Fiji and find themselves playing a game conducted by one Mr Khan (Paresh Rawal). The game of truth, which has a prize money of Rs21 crores, requires Vivaan and Siya to truthfully answer eight yes-no questions and complete the tasks associated with each of the questions. The only catch being that they cannot quit the game and the only binding rule, "If you lie...you die." 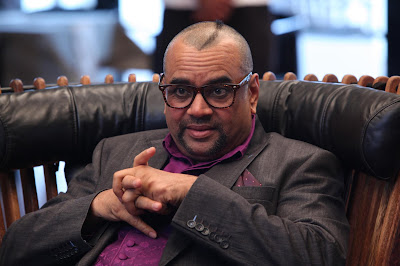 Your mind makes the subconscious association of Rajeev Khandelwal and lie detectors to a similar television show which he used to host; and that, when combined with a few stunts from poorly scripted reality shows, is the resultant plot of the game that is Table No. 21.

By now, you must have realised that the number 21 has got some significance; precisely the point the film tries to make. It is simply the longest and most uninteresting anti-ragging PSA (public service announcement) which highlights Article 21 of the Indian Constitution, that entails a person's right to protection of life and personal liberty. However, the game, which is used as a metaphor for the atrocities and trauma caused by the violation of the fundamental right is too loose and doesn't blend well throughout.

The inconsistent narrative, coupled with mediocre imagery and unnecessary cuts, leaves you irritated by the time the film goes the ill-timed interval. The dialogues are too suggestive and appear too crafted and unnatural. Rajeev Khandelwal tries his best to deliver a flawless performance but there's only so much an actor can do with a bad script. Tena Desae, who is a household face, thanks to TV commercials, is tolerable on screen only for the duration of a TV commercial. Paresh Rawal's intriguing character is not half as mystical as his Baba Bangali in No Smoking. His unusual hairstyle, for which the film gives a subtle explanation in the end, isn't enough to establish him as a fearsome bad guy and his repetitive catch-phrases and untimely shayari add to the ridicule.

Table No. 21 is a noble thought, but is poorly crafted and fails as a drama on more levels than one. The least that can be expected from such superficial attempts at spreading awareness is some craft and Aditya Datt's film lacks that. If you are looking to spend some quality time at the cinemas this weekend, go through all your options before you choose this. Remember, once you enter, you can't quit, apparently.