Thanks to the past couple of decades of exposure to Hindi films and pop-music, all Indians are a little Punjabi today. There is a strong element in modern India, where urbanisation has walked almost hand-in-hand with Punjabisation of popular culture. Ashima Chibber’s Mere Dad Ki Maruti, set in Chandigarh, capitalizes on this cultural hegemony.

A situational comedy, the film is about an upper-middle-class family wedding, where the father (Ram Kapoor) has made his daughter a promise that he will marry her off with her groom in a brand new Maruti. His son, Sameer (Saqib Saleem) is a good-for-nothing collegegoer who wants to impress Jasleen ‘Chandigarh Ki Shakira’ (Rhea Chakraborthy). However, blinded by excitement, he misplaces the car that is due as a gift a few days later. The film is a simple joyride, which sees Sameer trying all possible options to get the car back by the wedding. 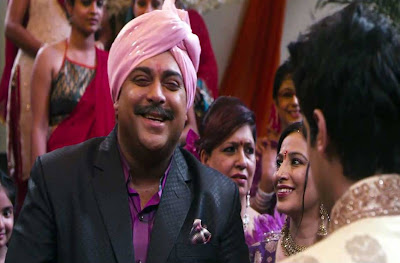 Following a visible formula of predictable clichés, the film unfolds on the backdrop of a Punjabi wedding, which all experienced movie-goers know to be a recipe for mayhem. But, moving at a brisk pace, the director doesn’t give you time to ponder over the misgivings of the film and you simply let yourself take a backseat in a seemingly smooth ride. Sameer and his friends get involved with an eccentric Haryanvi rental car businessman and a gangster Pathan and yet, on the day of the wedding, it all falls into place – just like it does in all Hindi movies.

Ram Kapoor is the highlight of this film as the distressed father of the bride, whose son has only been a pain in the neck. After his moving role in Udaan, Ram proves his mettle yet again as an adorable and quirky middle-aged man. Saqib, who made his debut in Y-films’ Mujhse Fraandship Karoge continues to be the new face for teenage-flicks and Rhea Chakraborty does a decent job to be the eye-candy with a good heart. The dialogues between Sameer and Jasleen are extremely hilarious, but they are also a back-handed slap in the face of a generation that lives in a grammatically wrong acronym-ridden world. 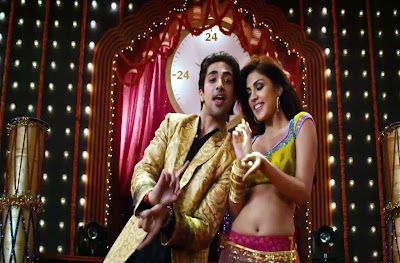 The film is a great example of how the business of cinema works these days. Identify your audience and make a film that, like the instant food of our time, is easy to cook and effortless to swallow. A well-positioned product in the market, Mere Dad Ki Maruti is good business. But for those who look at cinema as more than just a way to kill two hours at a time, the film may be an un-gratifying experience.